- a point of infinite potential 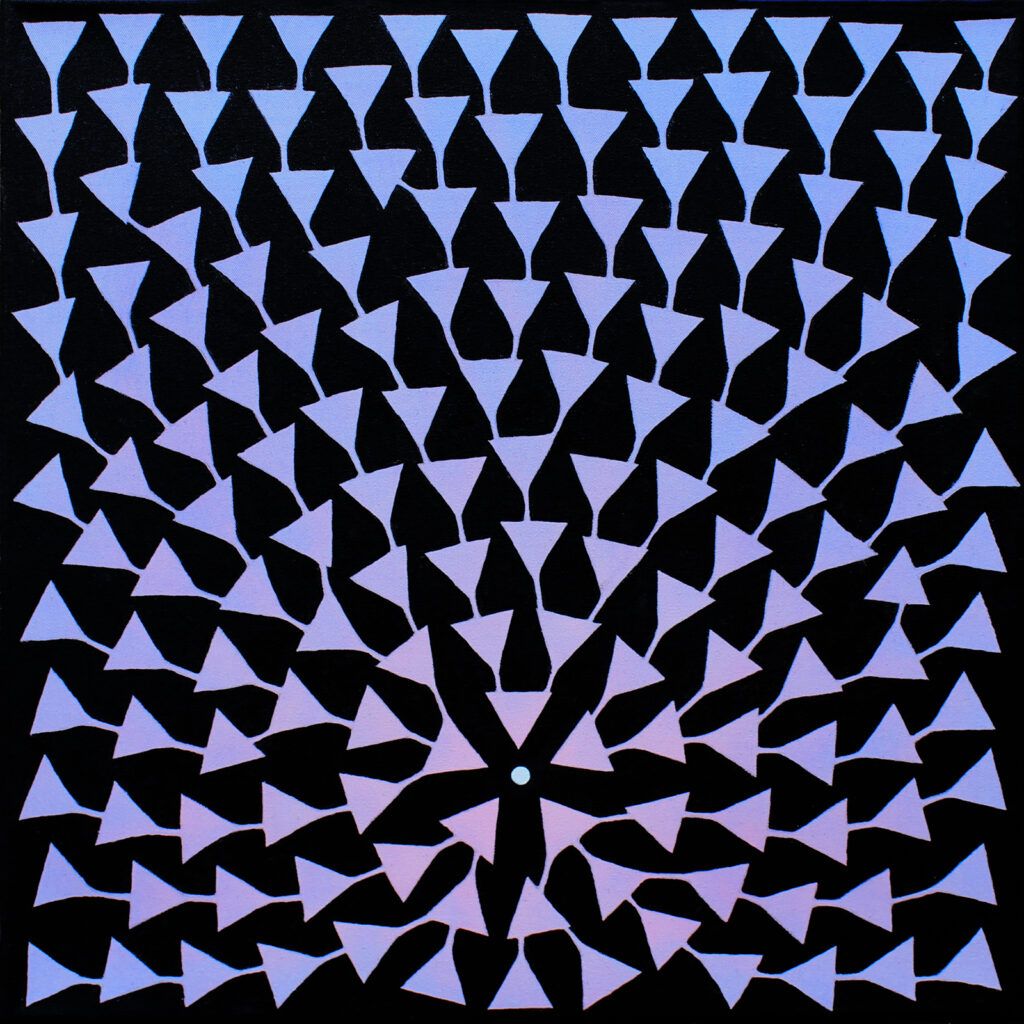 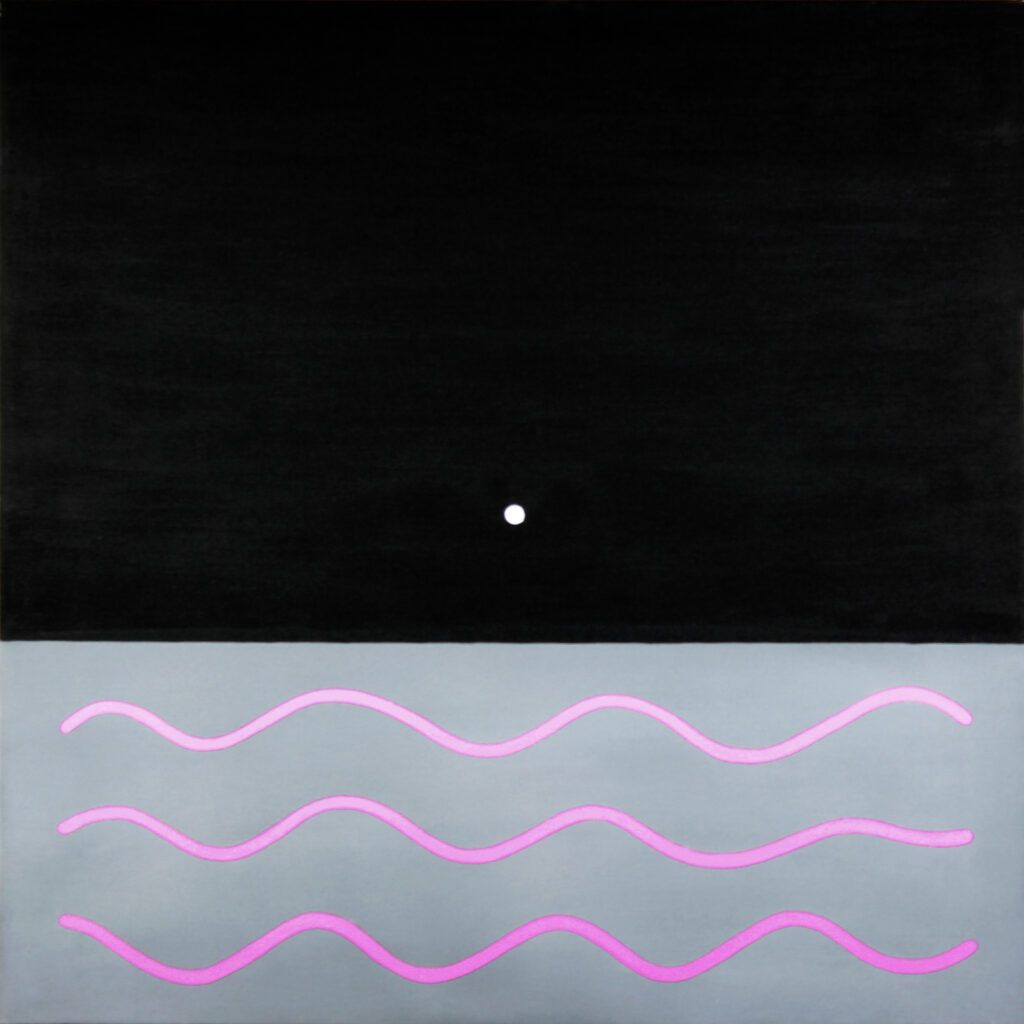 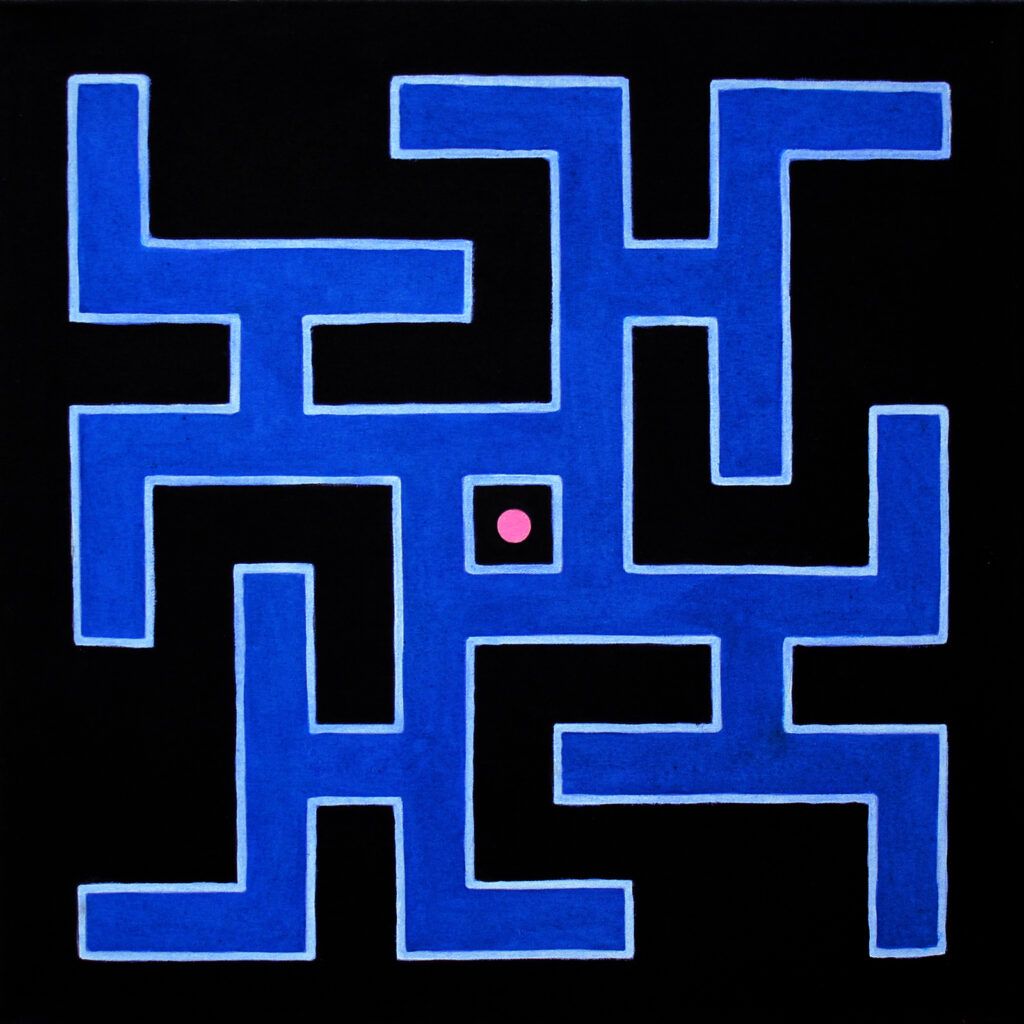 In many of my paintings you see a dot centrally placed on the canvas.

It’s the first principle. The beginning. A point of potentiality.  A symbol of creation.

It represents the singularity at the beginning of the universe. The point of infinite density containing all mass and space-time, eventually exploding in the Big Bang and creating the present-day Universe.

Creation happens in the same pattern on all scales. In nature you see it as the seed that sprouts and grows into a tree. In the fertilized egg that becomes a human being – and so on.

In my paintings I imitate this principle of creation by placing a dot in the center of a pattern as though the pattern grows out of the dot. 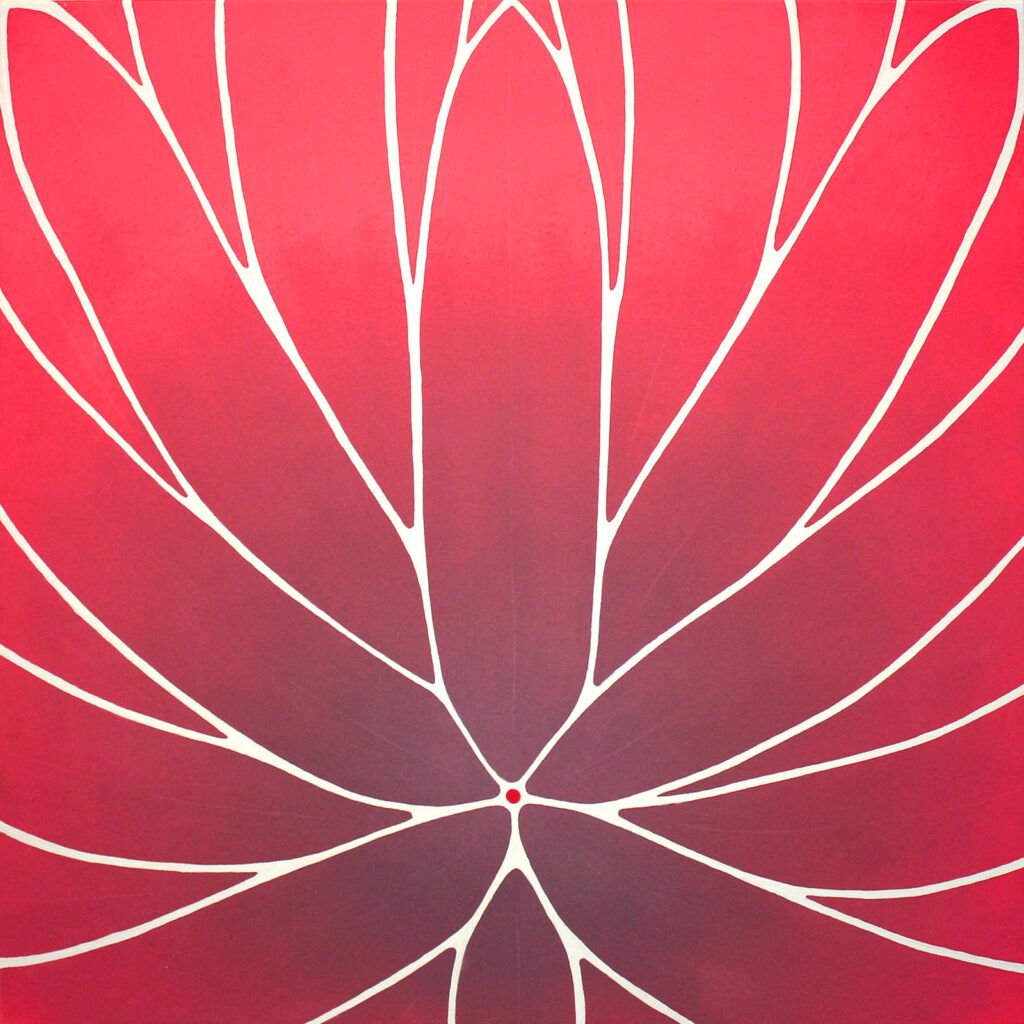 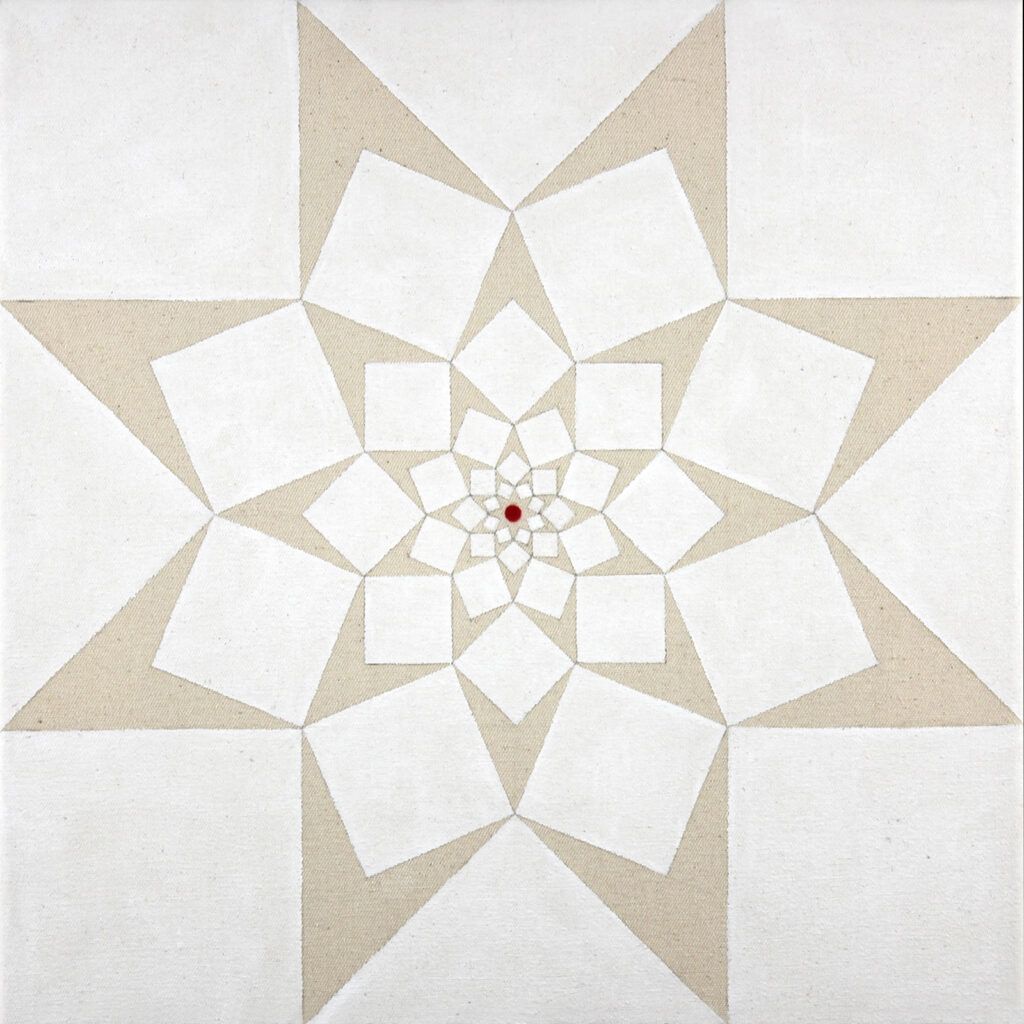 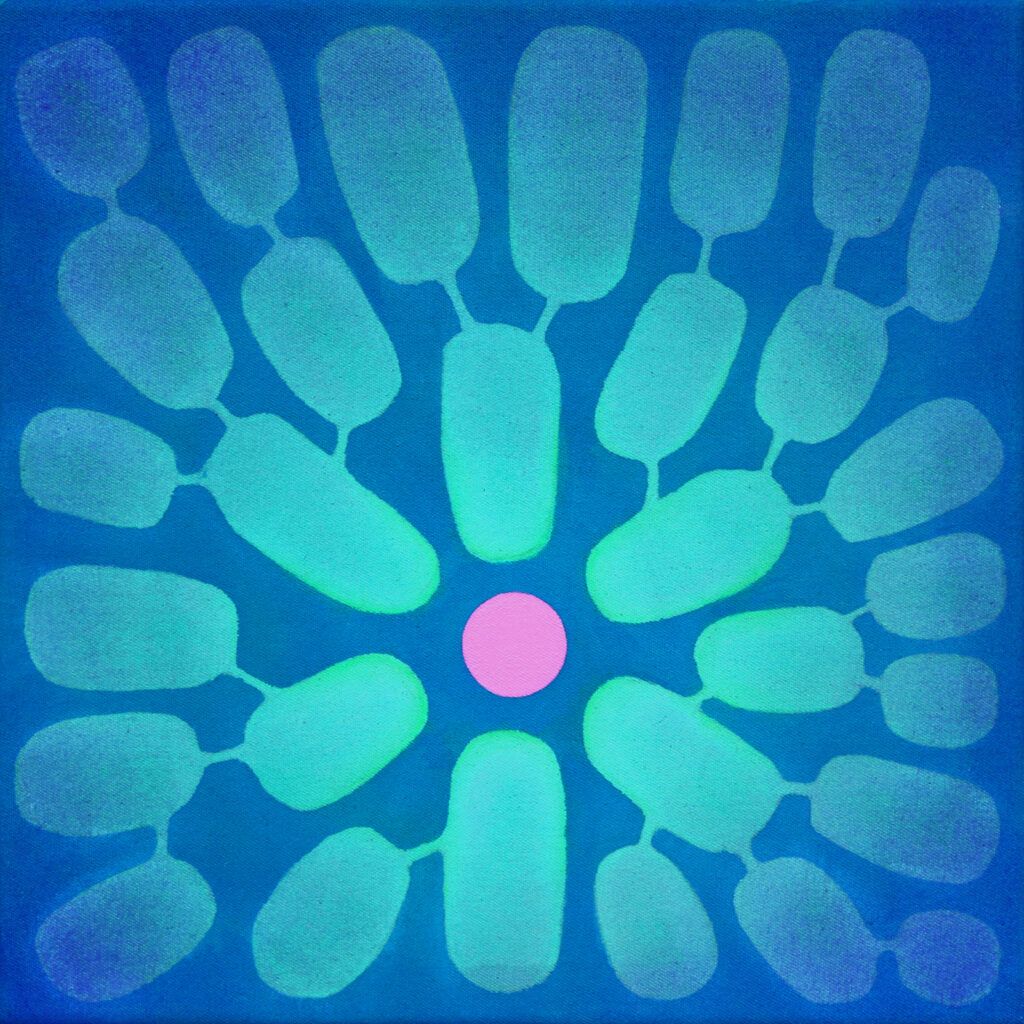 Or the dot can function as a point the pattern can revolve around. A still point in the center of a turning world. A focus point, where the eyes can come to rest. 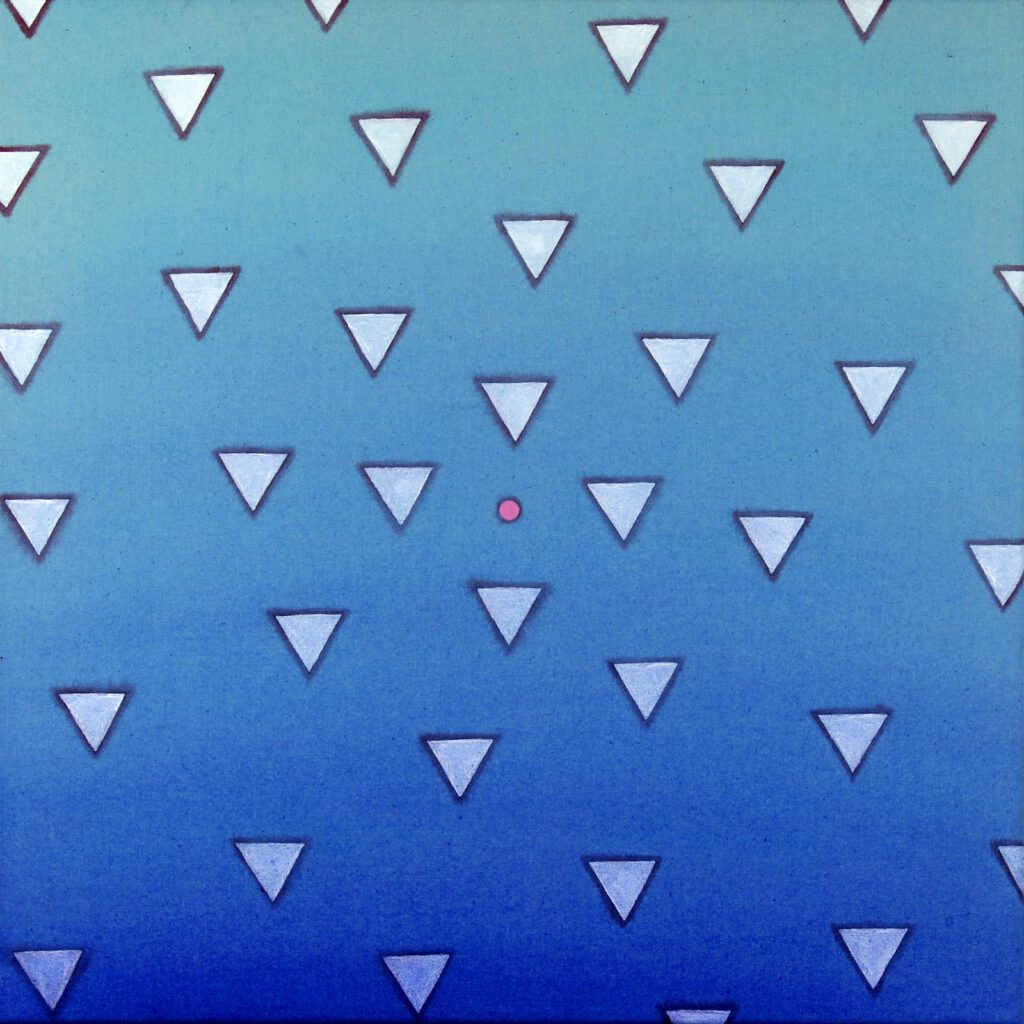 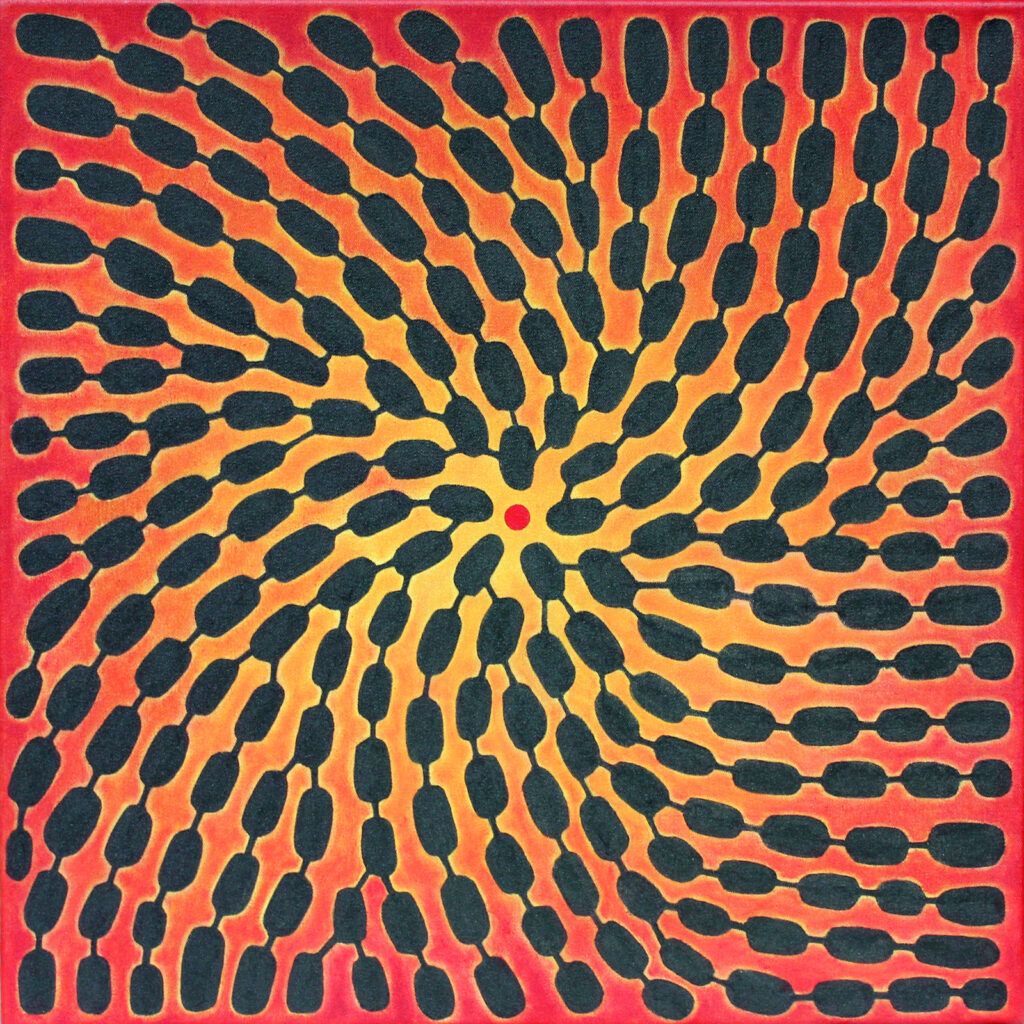 The dot also represents the small point of light that can sometimes appear in meditation, a sign of deep concentration. 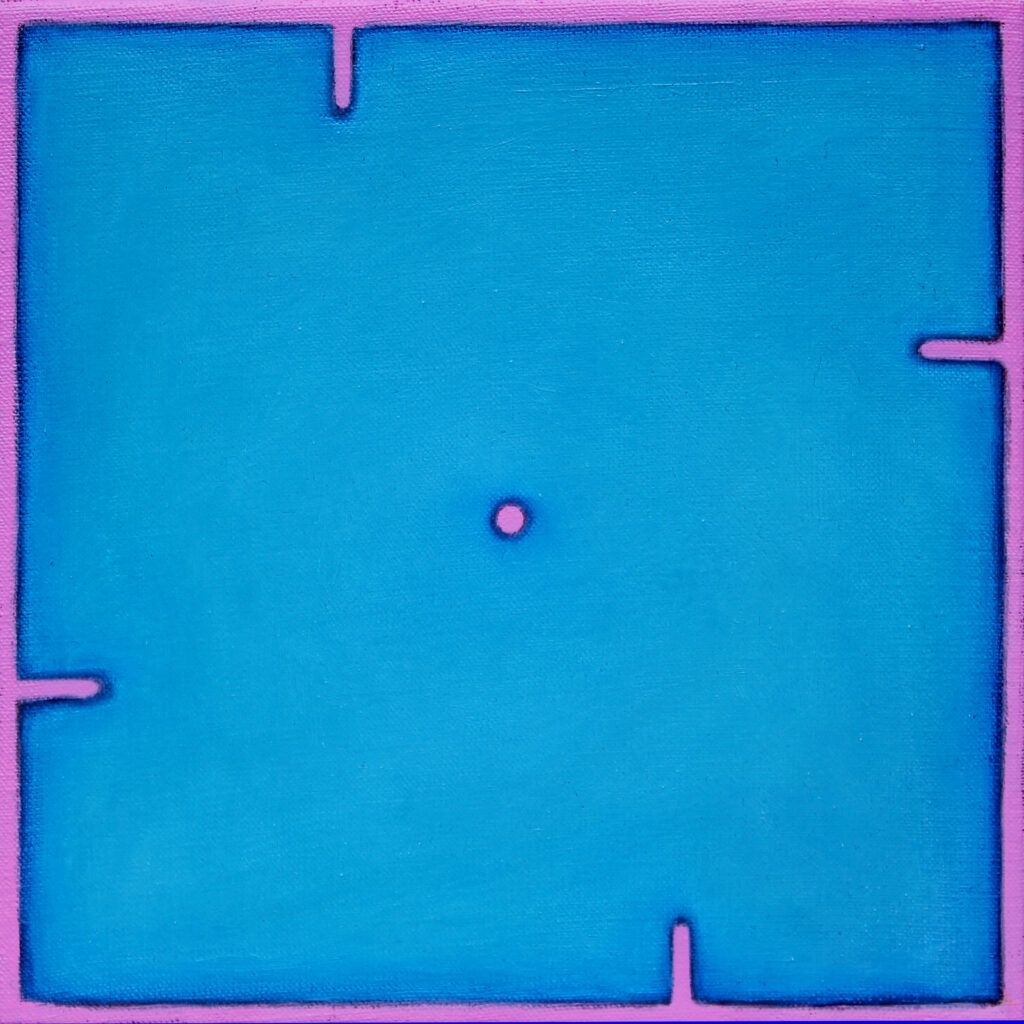 In Yoga and Tantra the dot is called Bindu. Bindu is used for a number of different concepts but at the most fundamental level it represents Prakasha, the light of consciousness, the power inherent within consciousness to manifest a whole world of experience. Prakasha is your own consciousness as it shines forth as well as the universal consciousness (Shiva), the ground of Being.

The natural world, in all its intricate complexity and beauty, never stops to fascinate and mystify me. Especially the way nature tends to organize itself in recognizable patterns repeated throughout all levels of creation, from the cosmic to the microscopic, is an inexhaustible source of wonder and amazement.

Have you noticed what happens when you see my paintings next to each other?

Alone each work has its own inner logic and dynamic, but when put together new dynamics arise. Personally I find this very interesting to play with.

I can spend hours combining and recombining paintings to see which…

Like many aspiring painters, I initially had the ambition to paint large canvases – the bigger the better. During my studies at The Royal Danish Academy of Fine Arts I was provided with a wonderful spacious loft studio where I could do exactly that, and did. Naturally I also painted on smaller canvases, but mostly as a…

It’s the first principle. The beginning. A point of potentiality. A symbol of creation.

It represents the singularity at the beginning of the universe. The point of infinite density containing…

Subscribe and I’ll invite you into my studio, give you an intimate look behind the scenes, notify you about new paintings, blog posts, exhibitions, offers and more.

By continuing to browse or by clicking 'Accept', you agree to the storing of cookies on your device to enhance your site experience.