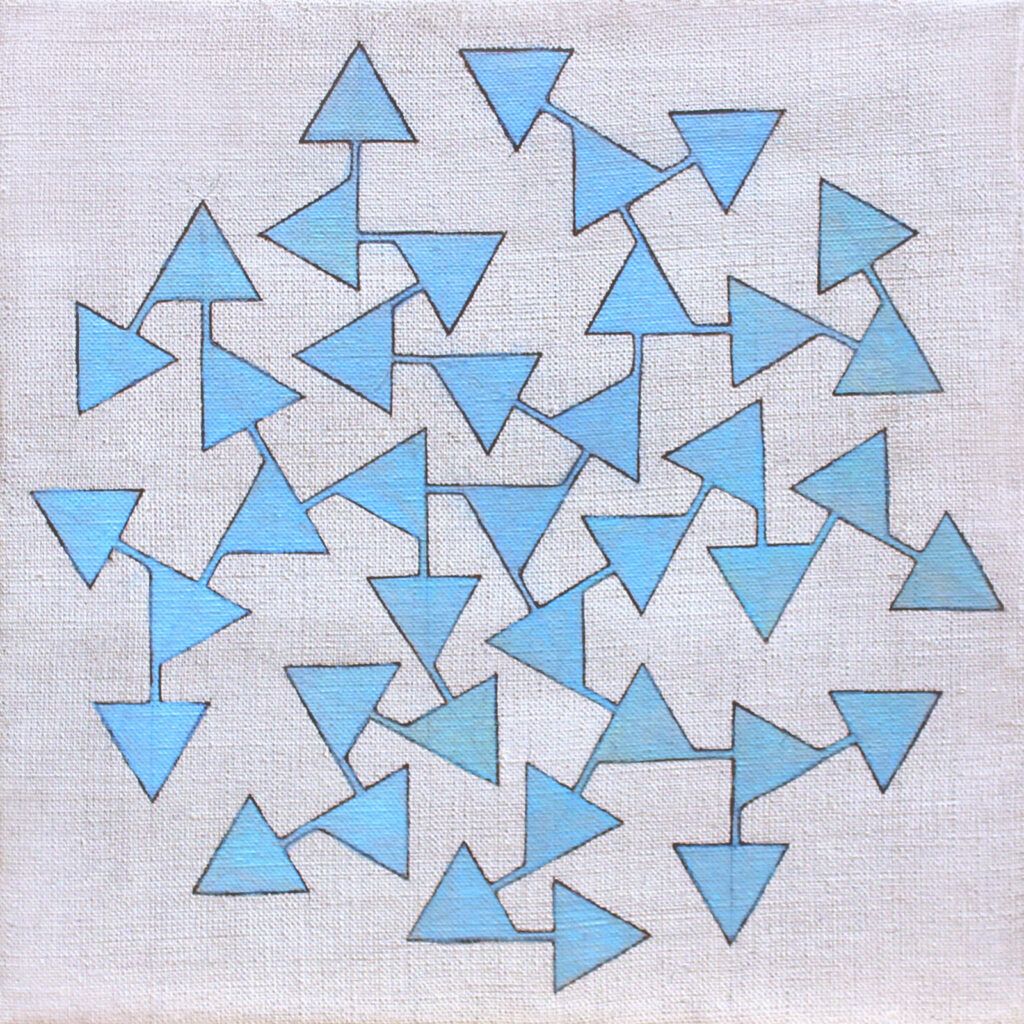 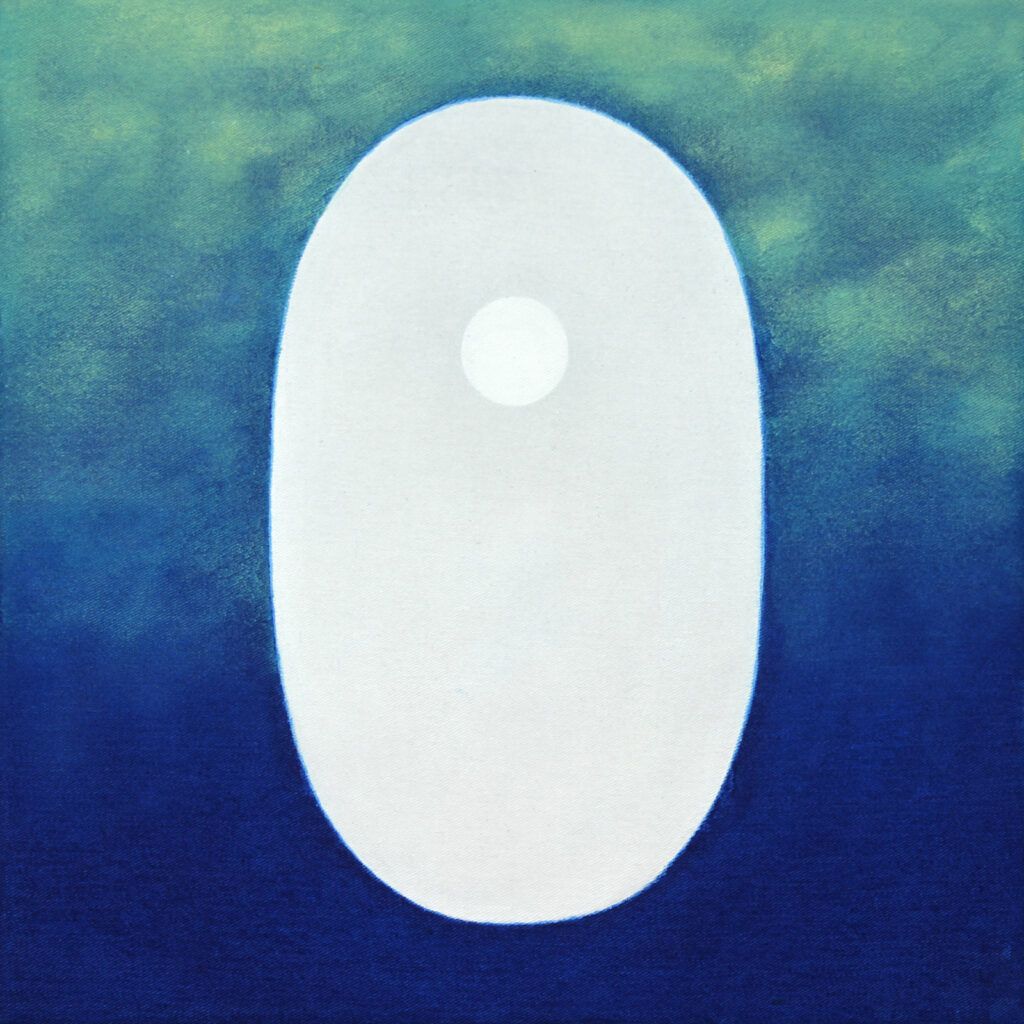 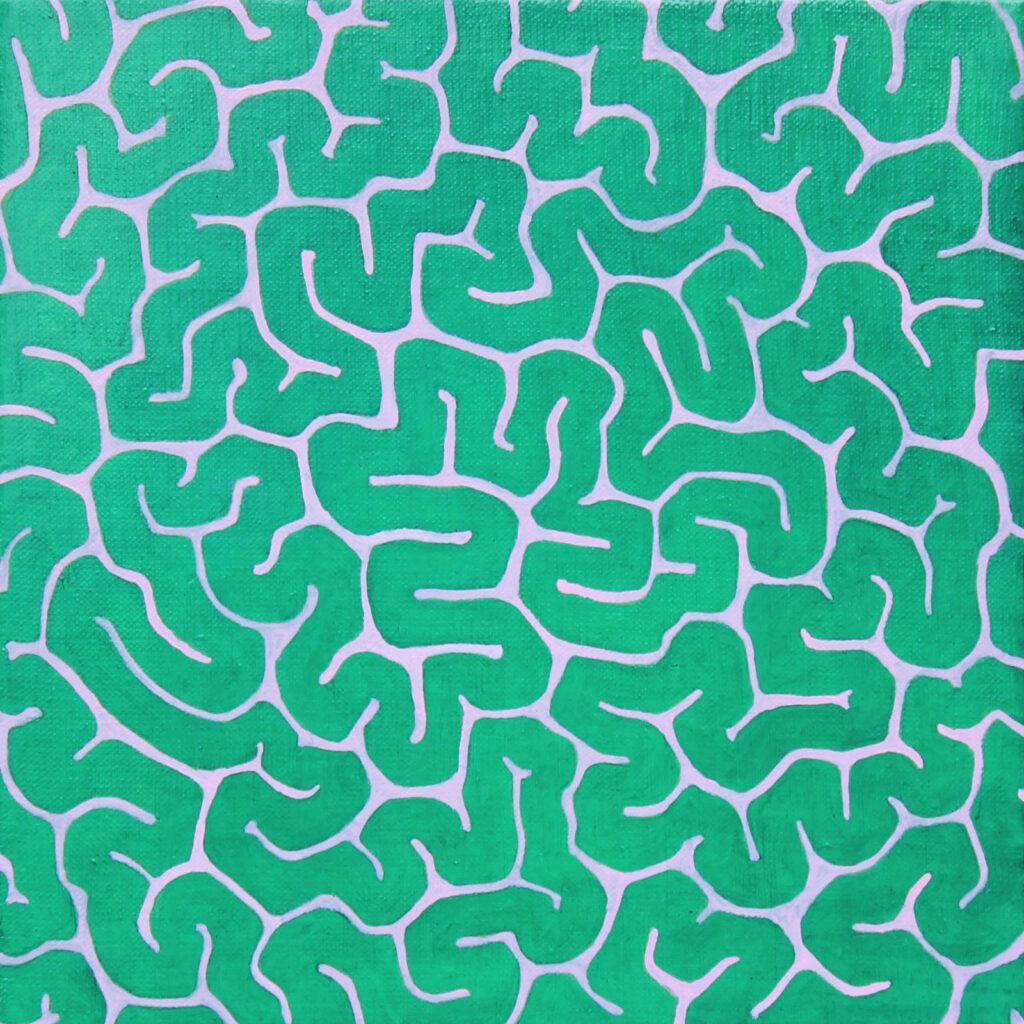 How I came to paint small canvases

Like many aspiring painters, I initially had the ambition to paint large canvases – the bigger the better. During my studies at The Royal Danish Academy of Fine Arts I was provided with a wonderful spacious loft studio where I could do exactly that, and did. Naturally I also painted on smaller canvases, but mostly as a preparation for larger works.

After graduating in 2013 I needed to find myself a new studio. Since I could not afford to pay much rent I was worried about not being able to find a suitable space, but with a stroke of luck I was offered to rent a small basement studio in a little artist collective.

At the new and more modest studio I soon discovered that working on large canvases was quite impractical. I didn’t have enough room to move large paintings around and very little space to store them when finished. Forced by these new circumstances I had to think anew and began to paint mostly on smaller canvases.

After a while trying out different formats and sizes I developed an affection for small square canvases, starting with 30 by 30 cm. I felt this was a good fit for what I wanted to express and for a long time I did almost all of my paintings in this size. In the process I gradually discovered that what had begun as an adaptation to a disadvantageous circumstance actually turned out to be an enormous asset for my artistic process and workflow.

I learned that since working in smaller formats makes it possible for me to do parallel work on many canvases at the same time, it enables me to work through many ideas and variations in a manageable time frame. This means that I’m more willing to take risks and experiment, and less worried about failing because discarding a painting and starting over is not so much of a big deal as with larger paintings.

I also discovered that working with small formats is very stimulating and will often get me into what I call a creative flow: A way of working where I get totally absorbed in the process and feel a great sense of ease and joy. This is a wonderful and rewarding way of working.

Another aspect of working on small canvases is that after finishing a painting I find it very interesting to put it next to other finished paintings to see what kind of dynamic will arise from their interaction. Playing around with different combinations in this way has become an important part of my practice. At exhibitions I have been exploring numerous ways of combining and arranging the paintings.

Click the link below to read more about combining paintings and learn how you too can become involved in this creative process.

Mix it up! - the art of combining

If you wonder if I have given up larger canvas formats entirely, the answer is no, as an idea sometimes calls for a larger surface to release its full potential. My largest works are currently 150×150 cm. but mostly I stick to smaller scales for the above mentioned reasons.

The natural world, in all its intricate complexity and beauty, never stops to fascinate and mystify me. Especially the way nature tends to organize itself in recognizable patterns repeated throughout all levels of creation, from the cosmic to the microscopic, is an inexhaustible source of wonder and amazement.

Have you noticed what happens when you see my paintings next to each other?

Alone each work has its own inner logic and dynamic, but when put together new dynamics arise. Personally I find this very interesting to play with.

I can spend hours combining and recombining paintings to see which…

Like many aspiring painters, I initially had the ambition to paint large canvases – the bigger the better. During my studies at The Royal Danish Academy of Fine Arts I was provided with a wonderful spacious loft studio where I could do exactly that, and did. Naturally I also painted on smaller canvases, but mostly as a…

It’s the first principle. The beginning. A point of potentiality. A symbol of creation.

It represents the singularity at the beginning of the universe. The point of infinite density containing…

Subscribe and I’ll invite you into my studio, give you an intimate look behind the scenes, notify you about new paintings, blog posts, exhibitions, offers and more.

By continuing to browse or by clicking 'Accept', you agree to the storing of cookies on your device to enhance your site experience.